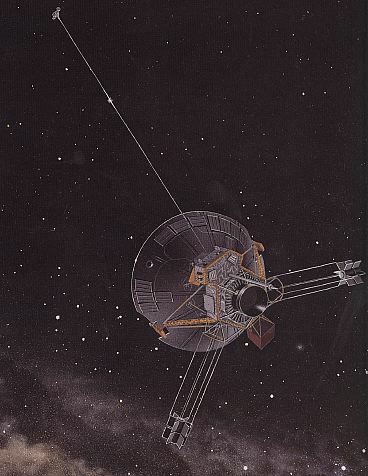 The NASA Pioneer program of unmanned scientific probes was designed for planetary exploration. There were a number of such missions in the program, but the most notable were Pioneer 10 and Pioneer 11, which explored the outer planets and left the solar system. Both carry a golden plaque, depicting a man and a woman and information about the origin and the creators of the probes, should any extraterrestrials find them someday.

Artist impression of Pioneer 10 near Jupiter.

Artist impression of Pioneer 11 near Saturn. 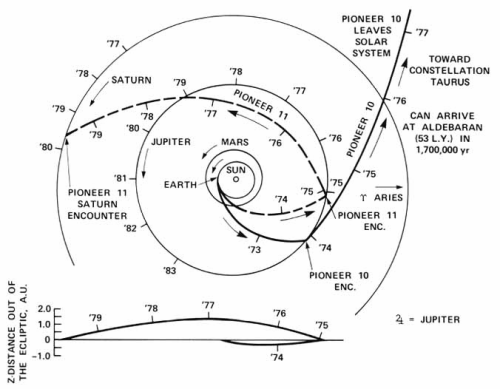 Trajectories of Pioneer 10 and 11 probes.

The Voyager program consists of a pair of unmanned scientific probes, Voyager 1 and Voyager 2. They were launched in 1977 to take advantage of a favorable planetary alignment of the late 1970s. Although they were officially designated to study just Jupiter and Saturn, the two probes were able to continue their mission into the outer solar system. In this way Voyager 2 visited Uranus and Neptune. They have since continued out and will one day exit the solar system. These probes were built at JPL and were funded by NASA. 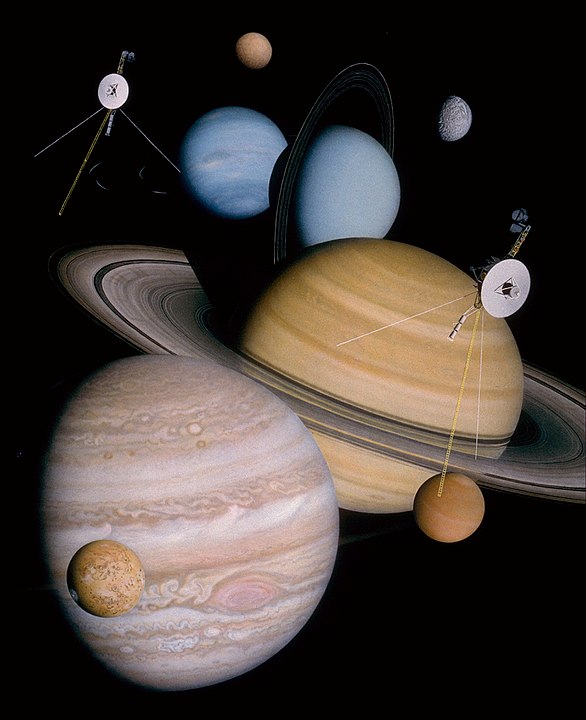 Montage of the planets and moons visited by the Voyager probes. 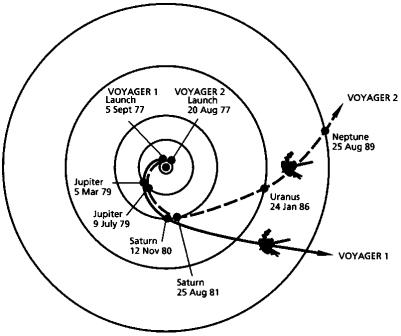 Trajectories of the Voyager probes.