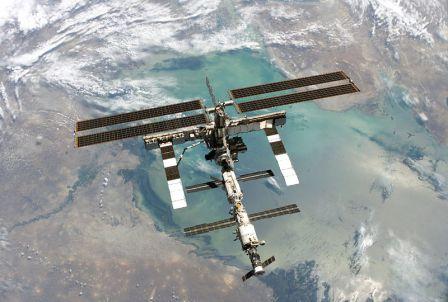 The International Space Station (ISS) is a research facility currently being assembled in space. The on-orbit assembly of ISS began in 1998. The space station is in a low Earth orbit and can be seen from Earth with the naked eye: it has an altitude of 350-460 km above the surface of the Earth, and travels at an average speed of 27,700 km per hour, completing 15.77 orbits per day. The ISS is a joint project among the space agencies of the United States (NASA), Russia (RKA), Japan (JAXA), Canada (CSA) and several European countries (ESA).

The Brazilian Space Agency (AEB, Brazil) participates through a separate contract with NASA. The Italian Space Agency similarly has separate contracts for various activities not done in the framework of ESA’s ISS works (where Italy also fully participates). China has reportedly expressed interest in the project, especially if it is able to work with the RKA. The Chinese are not currently involved, however. 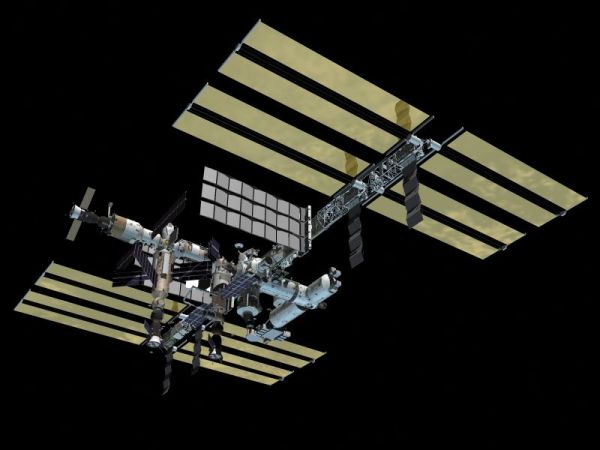 Computer-generated image of the ISS as of June 2006.

The ISS is a continuation of what began as the U.S. Space Station Freedom, the funding for which was cut back severely. It represents a merger of Freedom with several other previously planned space stations: Russia’s Mir 2, the planned European Columbus and Kibo, the Japanese Experiment Module. The projected completion date is 2010, with the station remaining in operation until around 2016. As of 2008, the ISS is already larger than any previous space station.

The ISS has been continuously inhabited since the first resident crew entered the station on November 2, 2000, thereby providing a permanent human presence in space. The crew of Expedition 16 are currently aboard. The station is serviced primarily by Russian Soyuz and Progress spacecraft and by U.S. Space Shuttle orbiters. At present the station has a capacity for a crew of three. Early crew members all came from the Russian and U.S. space programs. German ESA astronaut Thomas Reiter joined the Expedition 13 crew in July 2006, becoming the first crew member from another space agency. The station has, however, been visited by astronauts from 15 countries. The ISS was also the destination of the first five space tourists.