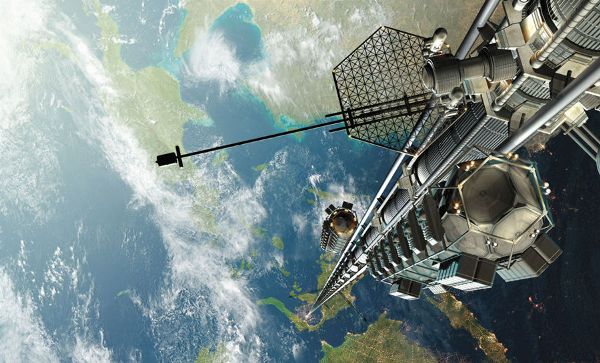 According to Carl Sagan, from the book, “Pale Blue Dot, A Vision of the Human Future In Space,” each day the Earth’s population rises by 250,000 people. In order to stabilize the population at the present level, there would have to be at least 250 000 people emigrating to space per day! But how to lift to space that much people? 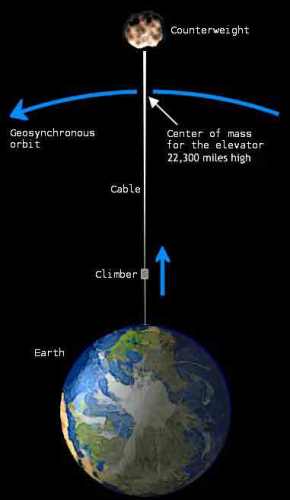 The space elevator is the best and most economical solution to this problem. The concept was first proposed in 1895 by the Russian scientist Konstantin Tsiolkovsky. As described in the phase 7, it consists of a cable spanning from the planet’s surface near the equator to a point beyond geosynchronous orbit. As the Earth rotates, the centripetal force generated at the end of the cable counteracts gravity, and thus keeps the cable in place. Specially designed vehicles can then climb the cable and reach orbit without the use of rocket propulsion. This would enable the delivery of cargo and people to orbit at a small fraction of the cost of rocket launches, and without the substantial environmental hazards. 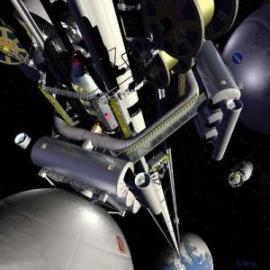 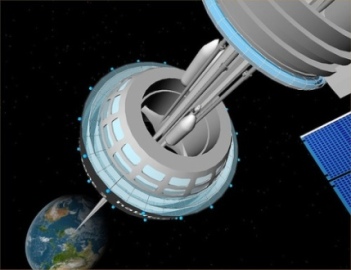 Since the Earth’s gravity is much greater than that of the Moon or Mars, the strength of the cable would have to be greater as well. This means that the materials used in the making of the cable would have to be stronger than the carbon nanotubes that we are able to produce today. But this should not be a great difficulty after the successful building of space elevators on the Moon and on Mars. 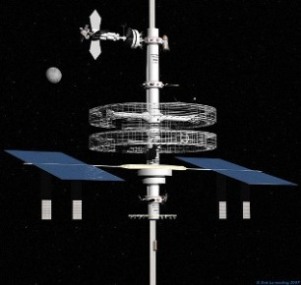