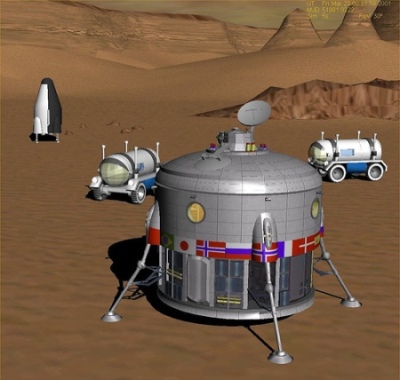 The first question you should ask is how to get there. In fact it would take about one year for a classic rocked mission to get to Mars and it would cost more than $400 billion. So is there a better way? 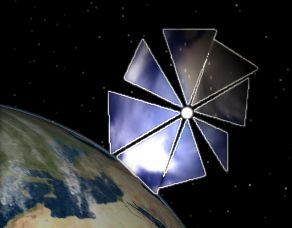 The solution is a solar sail. It works just like a normal sail on Earth but instead of using the wind pressure to move, it uses light pressure. As the photons hit the surface of the sail, they give it a small push. In order to maximize that push, the sail needs to be the most reflective and thin possible. It would also need to be quite large, depending on the payload mass. The great advantage of this mean of space transport is that it does not require to carry fuel, thus its mass is considerably reduced. This type of solar sail would take as much time to get to Mars as a classical rocket, but it will be much less expensive. Fortunately, there is a way to reduce the travel time. Instead of relying solely on the Sun for light pressure we could use a powerful laser beam to propel the sail. In this way the sail could be considerably accelerated and the trip would only take one week. 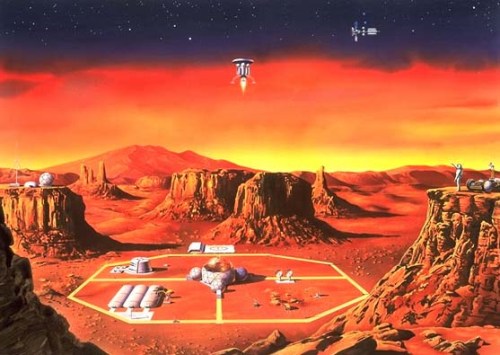 Having developed the solar sail technology, we can easily get to Mars and establish a permanent base there with rotating crews, just like in the first years of the colonization of the Moon. 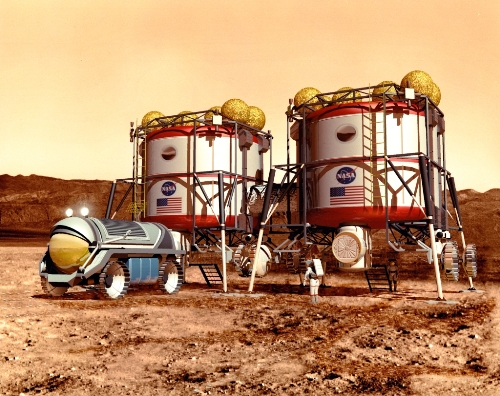 The inflatable martian base proposed below would be a good idea for a temporary base due to its costs significantly lower than for traditional bases. Moreover, this type of base can easily be moved to another place on the planet. 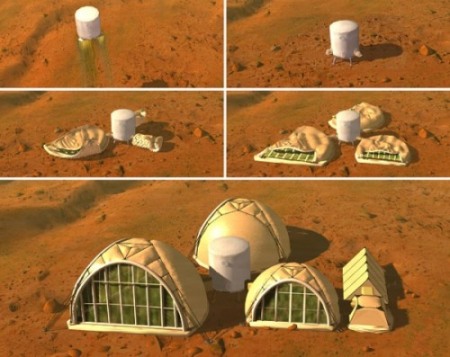 Then the exploration of the planet will begin. There are a lot of mysteries about Mars waiting to be resolved. Did Mars look like the Earth earlier in its history? Is there life on Mars? 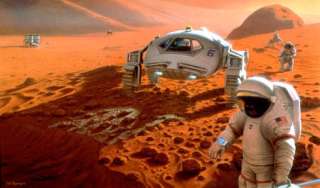 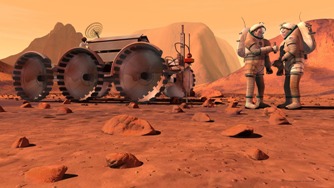 When more colonists will arrive to Mars whole cities will be built. They will be protected by a transparent dome, just like the cities of the Moon.

Mars has two small moons orbiting in low orbit. These will become dynamically growing spaceports, since practically all the transit from Earth to Mars and vice-versa will pass through them. 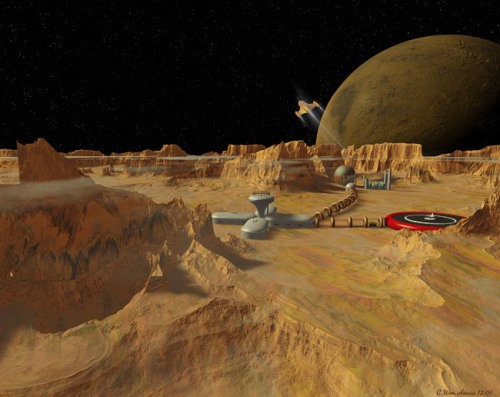 Eventually, a Space Elevator could be built to boost up the fast developing Martian economy by considerably reducing the costs of space travel to or from Mars. It resembles the more known Earth Space Elevator but since Martian gravity is only one third of that on Earth, the tension in the cable would not require it to be made from exotic materials. Carbon nanotubes, would make it strong enough. 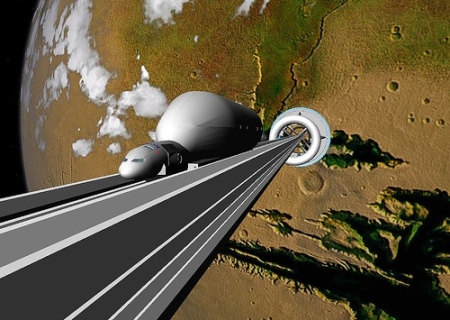 Since Mars has enough gravity to retain an earthlike atmosphere and has a lot of water frozen in the polar caps and in the permafrost, it would be the best candidate for Terraforming. The first step would be to build huge mirrors in orbit to reflect more sunlight on the planet which would make the temperature rise. Presently the average temperature on Mars is only a few degrees below the freezing point of carbon dioxide. Thus a small rise in temperature above that point would mean that all the carbonic ice will melt and the carbon dioxide will be released to the atmosphere. This will provoke a runaway greenhouse effect which would considerably heat up the planet. When temperatures would reach above the freezing point of water, huge quantities of water vapor will be released into the atmosphere by the sublimation of water ice. This would augment the greenhouse effect since water vapor is a good greenhouse gas. When the atmospheric pressure will be high enough, liquid water would flow once again on the surface of Mars. Then oxygen and nitrogen would be needed in the atmosphere in order for it being breathable. Genetically engineered plants and bacteria could be used to release these essential gases. In the end Mars will become another Blue planet and will bear life in a unique ecosphere.