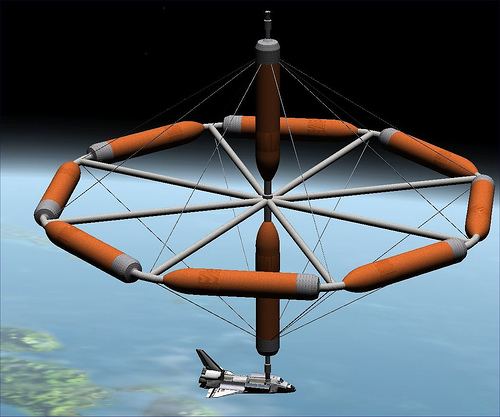 Having a few Near Earth Objects deflected into Earth orbit, it would cost as much to build an orbital colony as to build a city down on Earth. The first orbital colonies will probably be small structures built from the external tanks of the space shuttle brought to orbit instead of letting them burn up in the atmosphere as they fall down.

Then huge orbital cities will be built with materials from the NEOs. One of the proposed designs is the Stanford torus. It is a torus with an artificial gravity produced on the inside of the outer ring by the spinning of the structure. 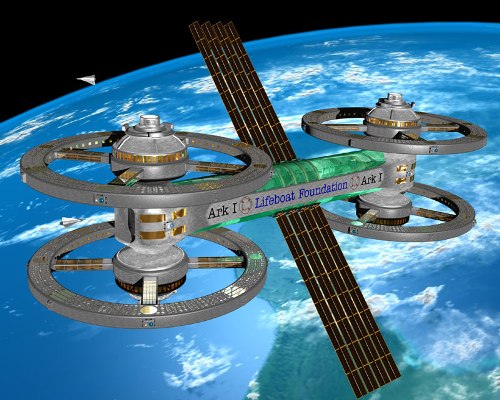 The Bernal sphere is another type of space orbital colony that consists of a rotating sphere. Artificial gravity generated on the sphere’s equator would be higher that that in the higher latitudes while on the poles it would be non-existent. In this way inhabitants and tourists could experience different levels of gravity. 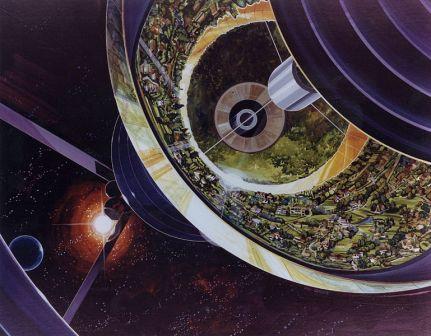 Another proposed design is the O’Neil cylinder. Here artificial gravity is produced on the whole interior surface of the cylinder by the spinning, as in the Stanford torus. The living area is much larger in this model, but the whole structure is bigger as well. 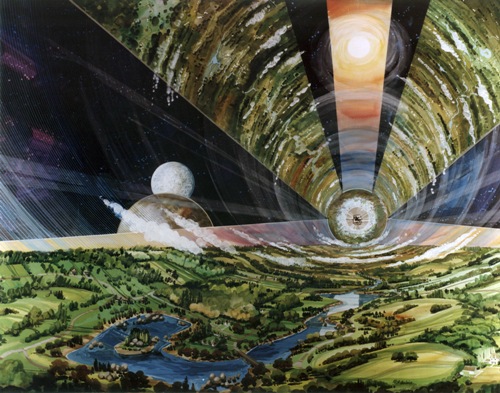 An example of a structure resembling an O’Neil cylinder is described in the Rama series, by Arthur C. Clarke.