CosmosFrontier.com » Space Colonization » The Plan » Phase 18 – On to the Stars 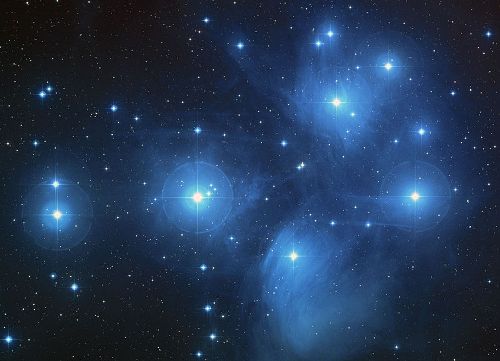 Having colonized the whole solar system, we would have to move on to the stars.

A solar sail powered by a powerful laser could easily accelerate up to 25% the speed of light. This would mean a trip to Alpha Centauri, the nearest star would last less than 20 years. In this way all the neighboring stars could be visited and their planets colonized. 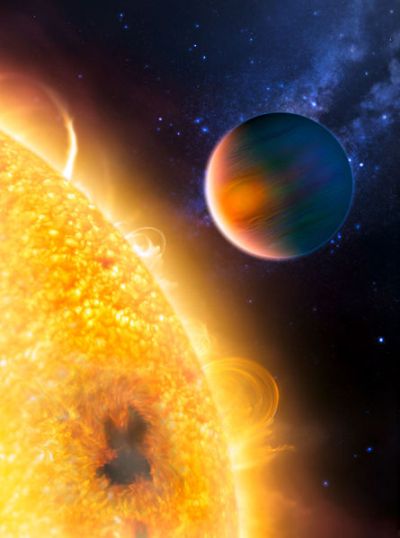 We will discover strange new worlds… 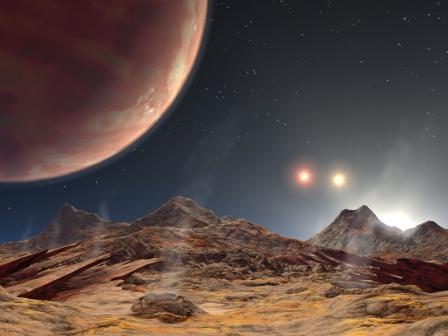 Artist’s conception of the three suns and the newly discovered Jupiter-sized planet from the perspective of a hypothetical moon orbiting the planet. The large yellow sun is already halfway over the horizon. The orange and red suns are still visible in the sky. 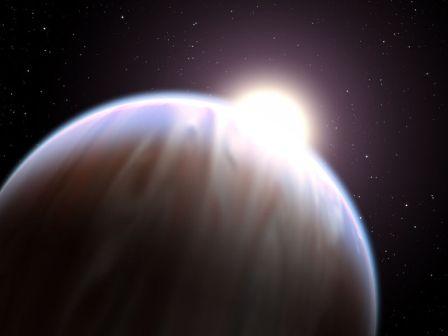 HD 189733 has a Jupiter-class planet in a tight orbit, where methane and water vapor
have been detected by filtering the star’s light through the planet’s atmosphere. 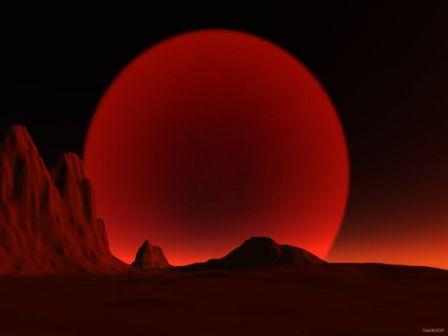 And maybe we will find another Earth… 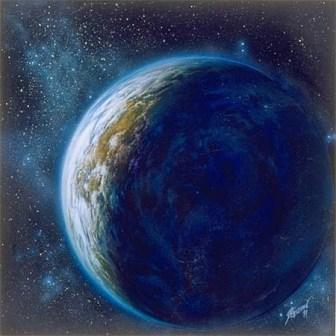