Pluto with a thin atmosphere.

The Kuiper belt is a vast region of the solar system beyond the orbit of Neptune. This belt resembles the asteroid belt, but it is composed of 20 to 200 times more objects. The largest of them is Eris, followed by Pluto. 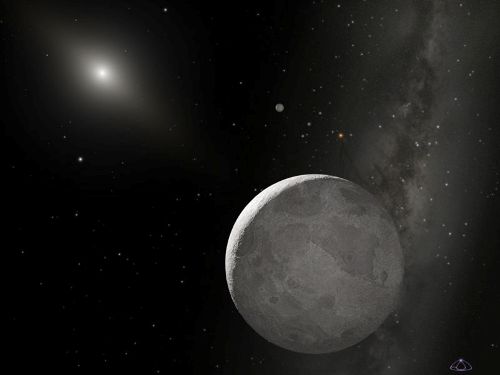 Eris is a dwarf planet in the Kuiper belt. It is bigger and more massive than Pluto. This is one of the reasons why Pluto lost the status of planet and is now a dwarf planet. Both dwarf planets have moons. Eris has a small moon of about 400 km of diameter called Dysnomia and Pluto has a large moon with a diameter a little bit larger than the half of Pluto’s. It also has two smaller asteroid-sized moons. 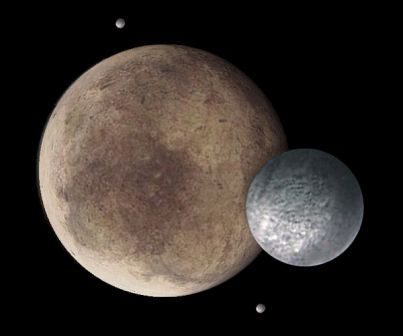 Pluto and its moons, comparing by size.

Eris, Pluto and Charon could be colonized in pretty much the same way as the medium-sized moons of the outer planets.

Pluto and Charon are both tidally locked to each other and Charon is in a synchronic orbit relative to Pluto which means that it is always fixed in the same point of the sky seen from a certain point on Pluto, unlike the Earth’s Moon. Moreover, they are in highly circular orbits. Thus the two bodies could be linked with a space elevator making travel between them much easier.

There are also other medium-sized bodies in the Kuiper belt that could be colonized: 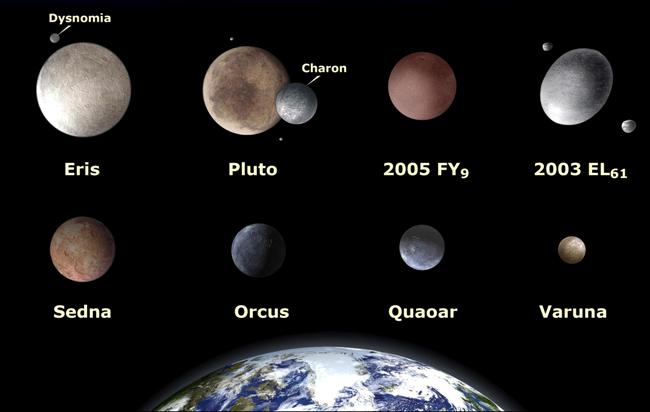 The relative sizes of the largest Kuiper belt objects as compared to Earth. Credit: image by Lexicon, source: wikipedia.org. 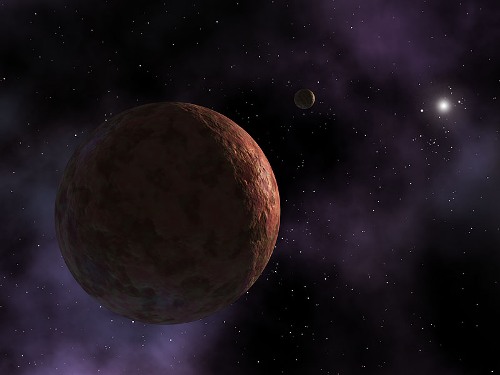 Since the Kuiper belt contains from 20 to 200 times more bodies than the asteroid belt, it would be a lot of resources to exploit. And there is also the Oort cloud which contains trillions of comets that could be exploited too.