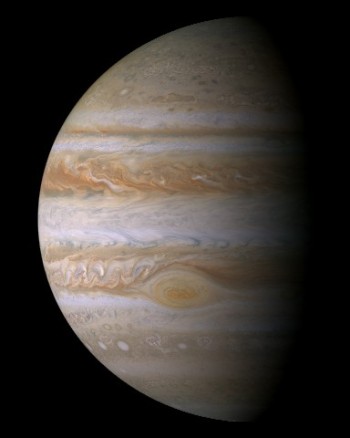 Jupiter itself would not be a good candidate for colonization since it is a gaseous planet and thus does not have a solid surface on which to land. Moreover, its gravity is more than twice as high as Earth’s.

But fortunately, there are four big moons. These moons being so big would be considered as planets if they were not orbiting Jupiter. They are, in order of proximity to Jupiter: Io, Europa, Ganymede and Calisto. There are also a lot of small asteroid-sized moons orbiting Jupiter. These might be settled in pretty much the same way as the asteroids have been in phase 9. 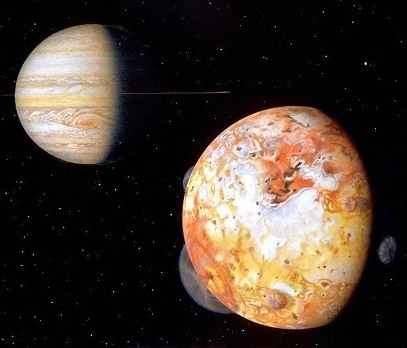 Jupiter and Io as seen by Voyager 1.

The first of the major moons is Io. It is so close to Jupiter that it is under the influence of extremely high tidal forces, which causes the moon to be highly volcanic. The volcanic explosions are so strong that it would be impossible to colonize this moon. 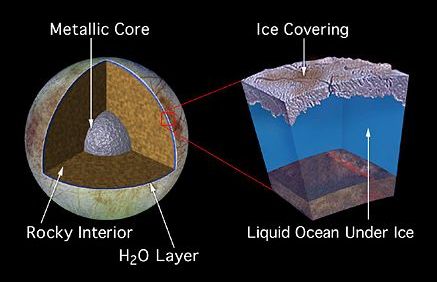 The second major moon is called Europa. Its surface is mainly composed of water ice and it is believed that under its surface there is an ocean of liquid water of up to 300 km deep. This moon is also under the influence of high tidal forces and is active volcanically. This volcanism might keep the water liquid under the surface. There might even be life in this ocean since the underwater volcanoes provide energy and nutrients, the pre-requirements for life. 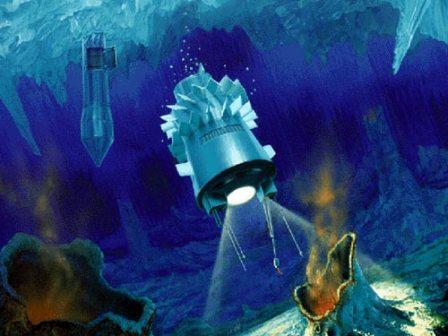 The third major moon of Jupiter is Ganymede. Being about half as big as Mars, it is the largest moon of the solar system. It even has a small magnetic field. This is an good place for the establishment of bases and settlements all over the moon. 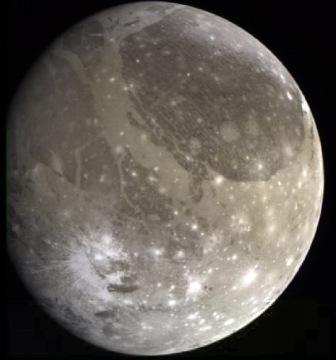 The last major moon is called Calisto. It is perhaps the best site for the first manned base in the Jupiter system. NASA has proposed a mission to Calisto with such a base in the program.

Eventually, the three habitable major moons could be terraformed. Since they all have about the same gravity as the Earth’s Moon and have a lot of water and other essential elements, it would not be that hard to achieve this goal. The only thing missing is sufficient sunlight. This could be augmented by the use of numerous orbiting mirrors that would reflect more sunlight on the moons. 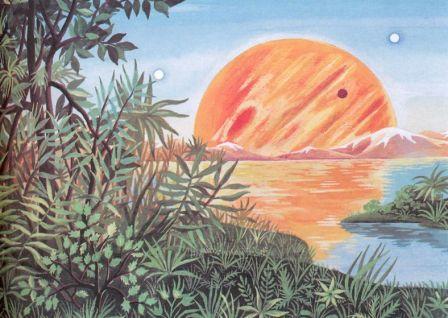