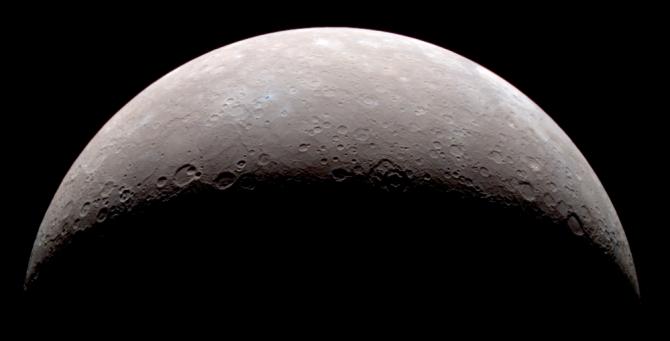 Mercury is a small rocky planet orbiting the closest to the Sun. Being exceptionally rich in heavy metals and other minerals as well as its close position to the Sun makes this planet a strategic spot. Low-cost solar energy, precious minerals and a gravity about as high as that of Mars would attract colonists to the planet, even with the extreme conditions ruling on the surface. Colonies would thus be built underground for a protection against solar radiation.

After some time, there would be underground colonies, mining facilities and solar collectors all over the planet. Some craters on both poles of Mercury are permanently in the shade or partial sunlight. This would enable the building of domed crater ecospheres just like those on the Moon.