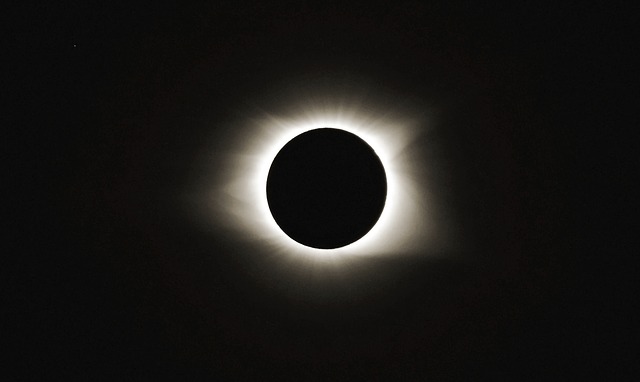 An eclipse involving the Sun, Earth and Moon can occur only when they are nearly in a straight line. Because the orbital plane of the Moon is tilted with respect to the orbital plane of the Earth (the ecliptic), eclipses can occur only when the Moon is close to the intersection of these two planes (the nodes). The Sun, Earth and nodes are aligned twice a year, and eclipses can occur during a period of about two months around these times. There can be from four to seven eclipses in a calendar year, which repeat according to various eclipse cycles, such as the Saros cycle.

Solar eclipses are relatively brief events that can only be viewed in totality along a relatively narrow track. Under the most favorable circumstances, a total solar eclipse can last for 7 minutes, 40 seconds, and can be viewed along a track that is up to 250 km wide. However, the region where partial totality can be observed is much larger. The Moon’s umbra will advance eastward at a rate of 1,700 km/h, until it no longer intersects the Earth.

During a solar eclipse, the Moon can sometimes perfectly cover the Sun because its apparent size is nearly the same as the Sun when viewed from the Earth. A solar eclipse is actually a misnomer; the phenomenon is more correctly described as an occultation of the Sun by the Moon or an eclipse of the Earth by the Moon. 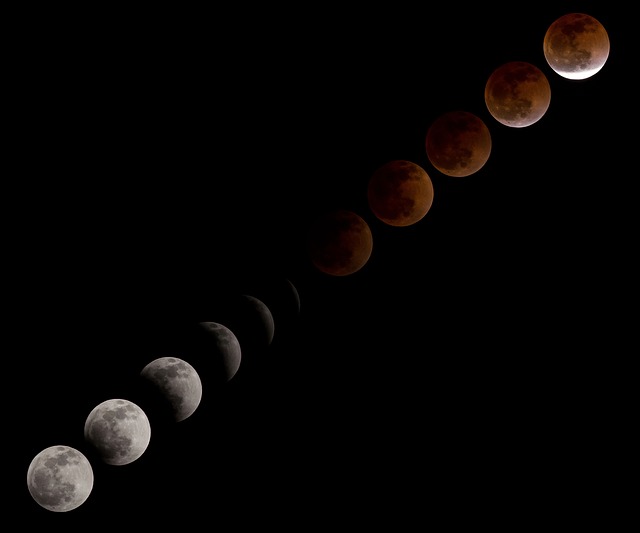