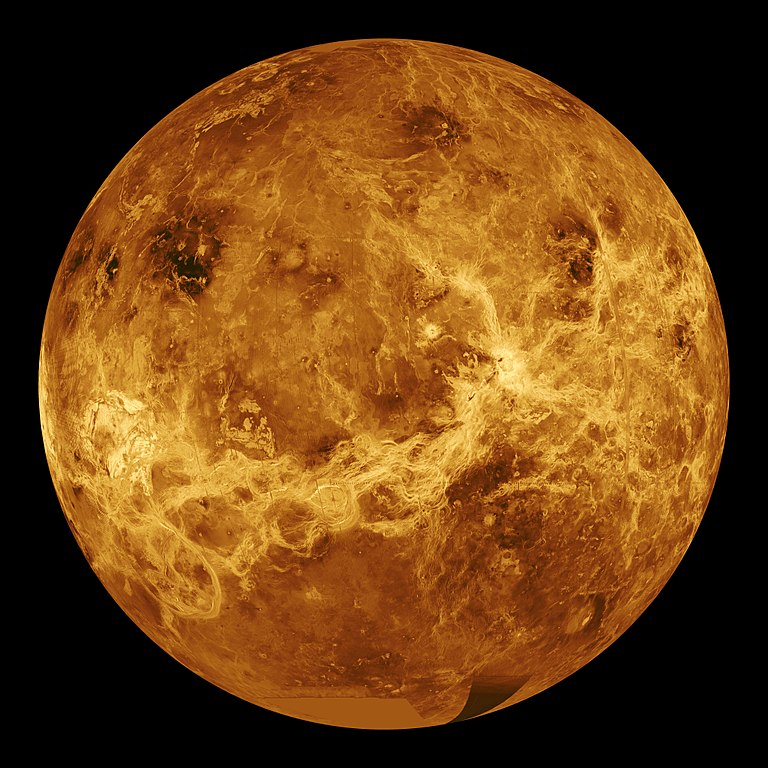 As known as a common fact, Venus is the second planet in terms of proximity towards the Sun. Venus is also known as the Morning or the Evening star due to the fact that it is the brightest right before sunrise or a little after sunset. Venus is also known as the Earth’s “sister planet” because of its diameter, size, and bulk composition as it is nearly same as the earth’s. Venus shines very well in night sky as its atmosphere is very thick and it reflects sunlight very brightly. Venus is also the hottest planet in our solar system. This is also because of its atmosphere. Its atmosphere mainly consists of sulphuric acid and carbon dioxide (CO2) that traps heat of the Sun and do not let it go back. Venus has no moons. It has a surface temperature of about 450°-470° . Venus is the only planet named after a female figure.

Source: wikiversity.org. Published under the terms of the GNU Free Documentation License, Version 1.2.