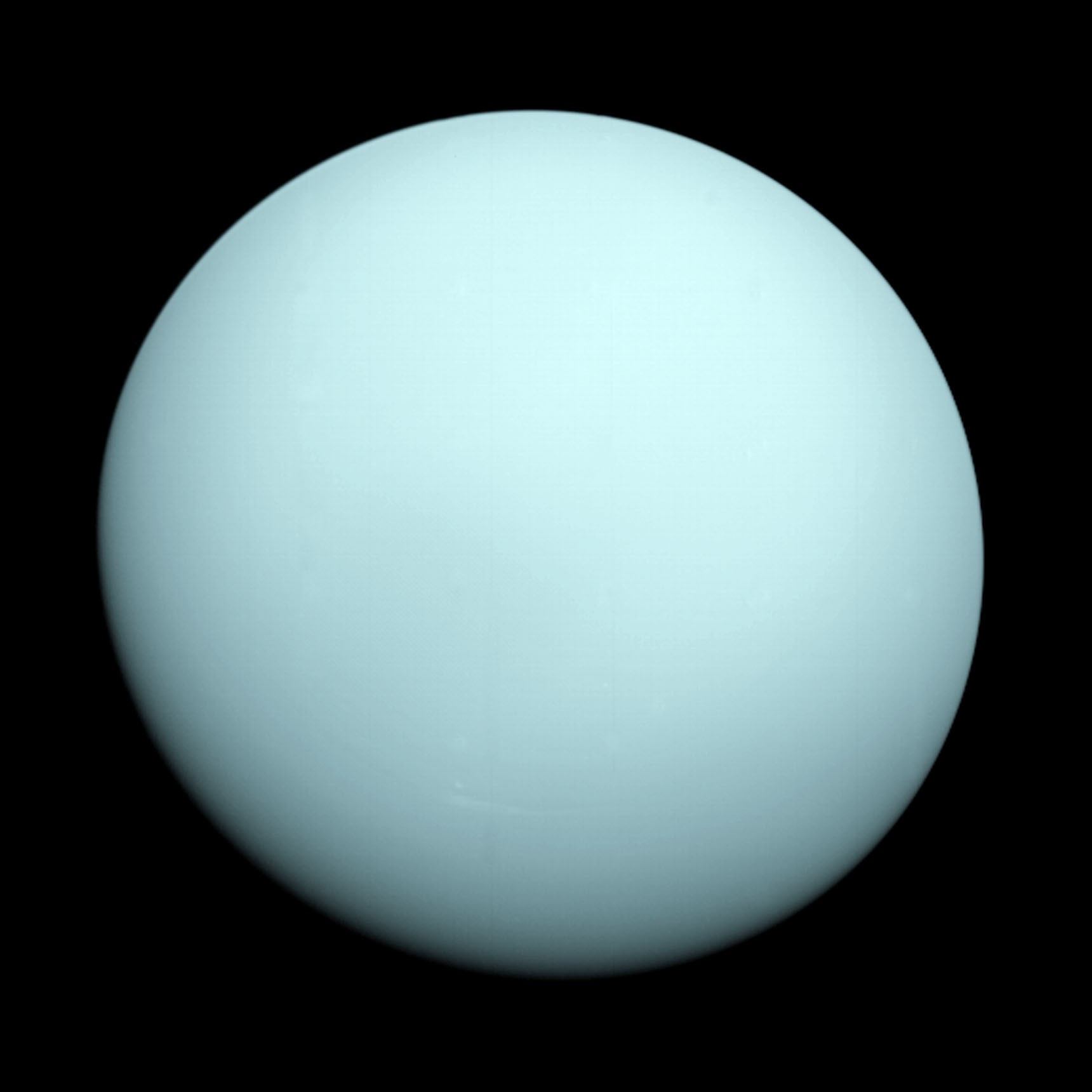 Uranus is the seventh planet from the Sun and the third-largest and fourth-most massive planet in the solar system. It is named after the ancient Greek deity of the sky, the father of Kronos (Saturn) and grandfather of Zeus (Jupiter). Uranus was the first planet discovered in modern times. Though it is visible to the naked eye like the five classical planets, it was never recognized as a planet by ancient observers due to its dimness and slow orbit. Sir William Herschel announced its discovery on March 13, 1781, expanding the known boundaries of the solar system for the first time in modern history. This was also the first discovery of a planet made using a telescope.

Uranus is similar in composition to Neptune, and both have different compositions from those of the larger gas giants Jupiter and Saturn. As such, astronomers sometimes place them in a separate category, the “ice giants”. Uranus’ atmosphere, while similar to Jupiter and Saturn in being composed primarily of hydrogen and helium, contains a higher proportion of “ices” such as water, ammonia and methane, along with the usual traces of hydrocarbons. It is the coldest planetary atmosphere in the Solar System, with a minimum temperature of 49 K (-224 °C). It has a complex, layered cloud structure, with water thought to make up the lowest clouds, and methane thought to make up the uppermost layer of clouds. In contrast the interior of Uranus is mainly composed of ices and rocks.

Uranus moons, scaled to size, left to right: Puck, Miranda, Ariel, Umbriel, Titania and Oberon. This was taken by Voyager 2.

Like the other giant planets, Uranus has a ring system, a magnetosphere, and numerous moons. The Uranian system has a unique configuration among the planets because its axis of rotation is tilted sideways, nearly into the plane of its revolution about the Sun; its north and south poles lie where most other planets have their equators. Seen from Earth, Uranus’ rings can sometimes appear to circle the planet like an archery target and its moons revolve around it like the hands of a clock, though in 2007 and 2008 the rings appear edge-on. In 1986, images from Voyager 2 showed Uranus as a virtually featureless planet in visible light without the cloud bands or storms associated with the other giants. However, terrestrial observers have seen signs of seasonal change and increased weather activity in recent years as Uranus approached its equinox. The wind speeds on Uranus can reach 250 meters per second. 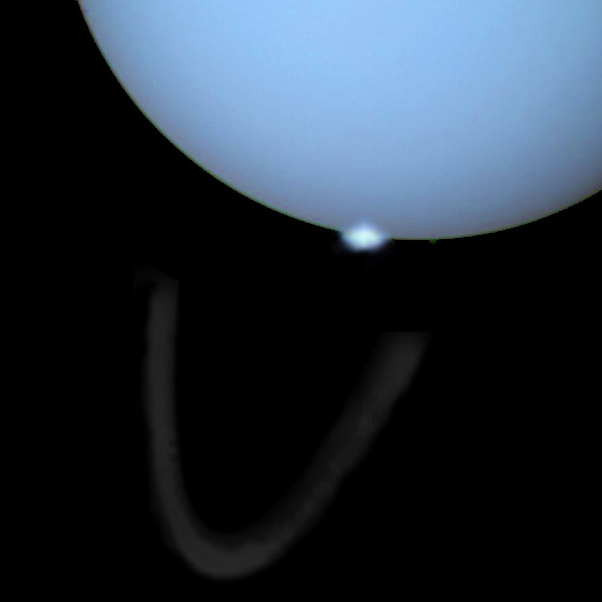 The aurorae of Uranus around the equatorial rings.

Source of the article: Uranus – Wikipedia. Published under the terms of the GNU Free Documentation License, Version 1.2