This heavenly body has a specific structure. In the center, there is the core where nuclear reactions occur. The energy liberated goes through the radiation zone, taking the shape of photons. It takes those photons about 170 000 Earth’s years to reach the convection zone, where some cold and hot plasma current mix. After passing through this section, the photons enter the photosphere, where they are transformed into heat, light, and some other forms of radiation. Then they penetrates the chromosphere, a layer above the photosphere. The last part of the Sun is the corona. It is out of our sight most of the time. It can only be seen when a lot of light is emitted, concealing the photosphere. 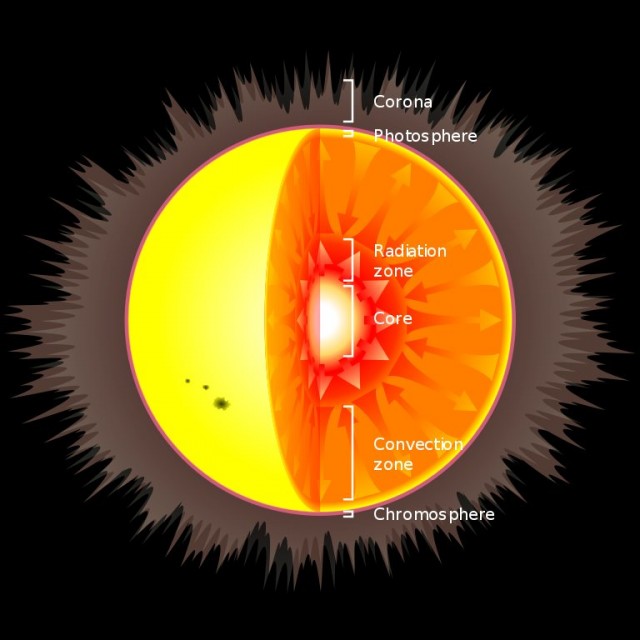 Not only does the Sun emit light and heat, but it also gives off some charged particles (electrons and protons). This stream of particles is called the solar wind, whose speed of propagation is 450 km/sec. From time to time, a strange phenomenon called auroras can be observed, especially by people who live near to the Earth’s poles. Auroras are engendered when particles of the solar wind collide with the Earth’s atmosphere. Then, some blue, green, and sometimes yellow lights appear on the sky, best visible during night.

We can also observe sunspots on the surface of the Sun. They are situated where there is a lot of magnetic activity and in colder areas (3800 K), where convection is inhibited. Those spots are very dark, but their periphery is a bit lighter. 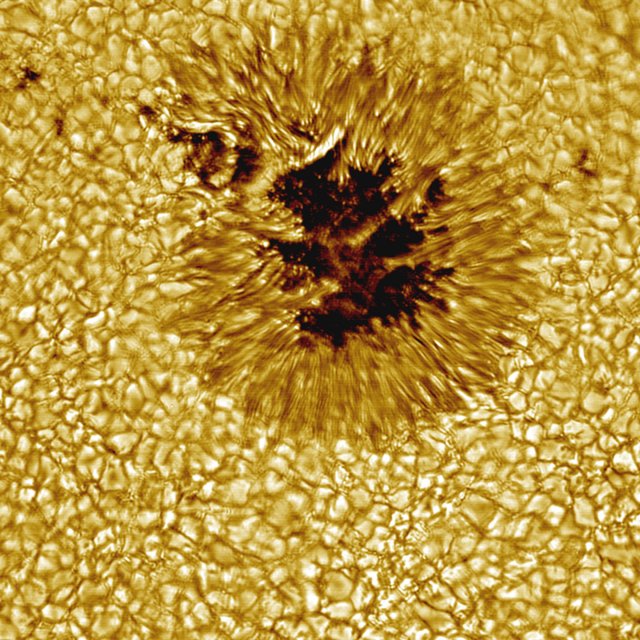 Spectacular loops and prominences are often visible on the Sun’s limb. 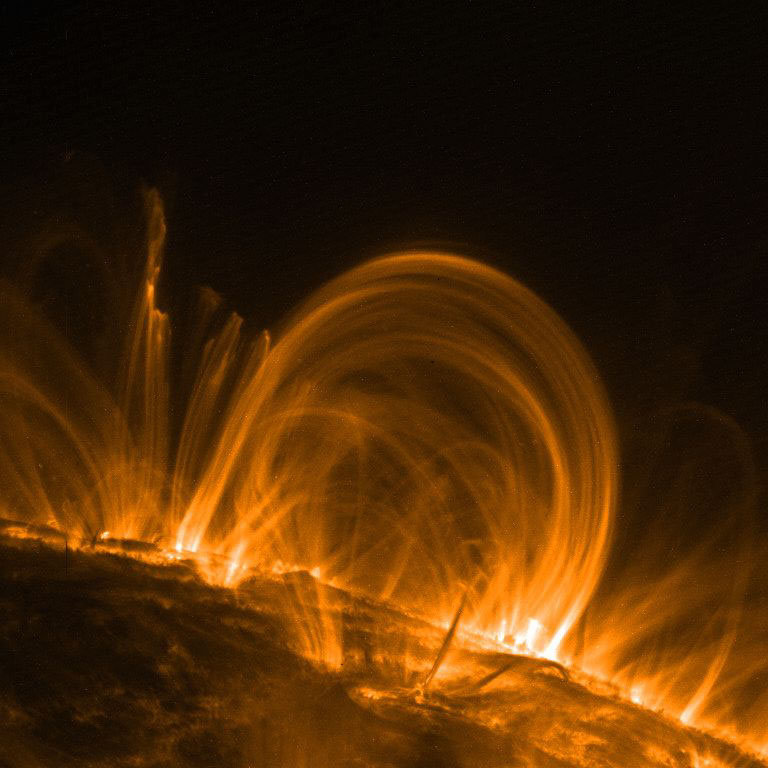 The Sun is being studied by spacecrafts recently launched, for example Ulysses, Wind, ACE, SOHO, and many others. Scientists obtain a lot of new information and photos of the Sun, which help them increase their knowledge of this great star, the center of our solar system.