Saturn is the sixth planet from the Sun and the second largest planet in the Solar System, after Jupiter. Saturn, along with Jupiter, Uranus and Neptune, is classified as a gas giant. Together, these four planets are sometimes referred to as the Jovian planets, where Jovian is the adjectival form of Jupiter.

Saturn is named after the Roman god Saturnus, equated to the Greek Kronos (the Titan father of Zeus) and the Babylonian Ninurta. Saturn’s symbol represents the god’s sickle.

The planet Saturn is composed of hydrogen, with small proportions of helium and trace elements. The interior consists of a small core of rock and ice, surrounded by a thick layer of metallic hydrogen and a gaseous outer layer. The outer atmosphere is generally bland in appearance, although long-lived features can appear. Wind speeds on Saturn can reach 1,800 km/h, significantly faster than those on Jupiter. Saturn has a planetary magnetic field intermediate in strength between that of Earth and the more powerful field around Jupiter. 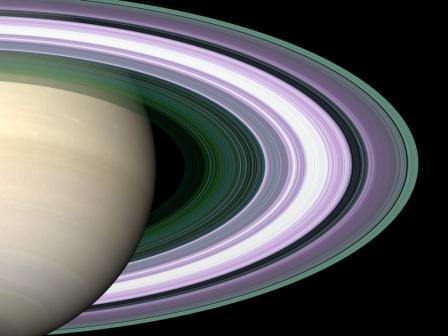 Saturn and its rings (false color).

Saturn has a prominent system of rings, consisting mostly of ice particles with a smaller amount of rocky debris and dust. Sixty known moons orbit the planet. Titan, Saturn’s largest and the Solar System’s second largest moon (after Jupiter’s Ganymede), is larger than the planet Mercury and is the only moon in the Solar System to possess a significant atmosphere. 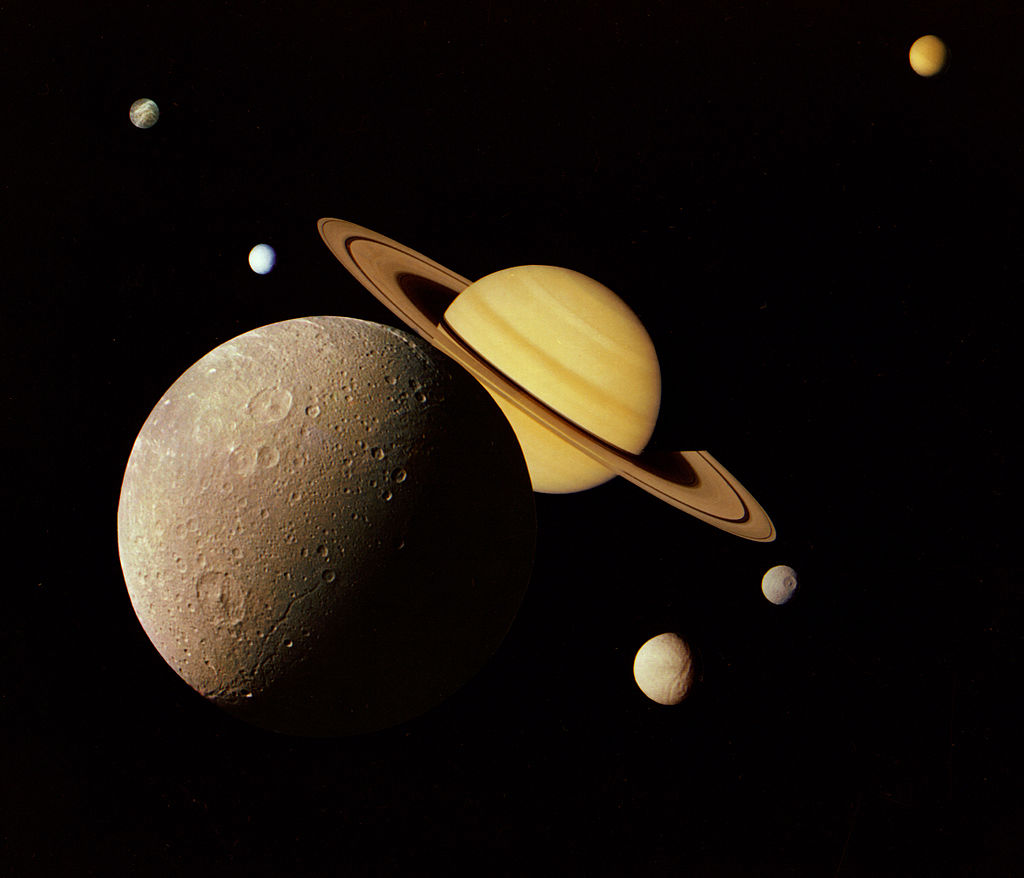 A montage of Saturn and its moons. Its largest moon is Titan.

Source of the article: Saturn – Wikipedia. Published under the terms of the GNU Free Documentation License, Version 1.2.