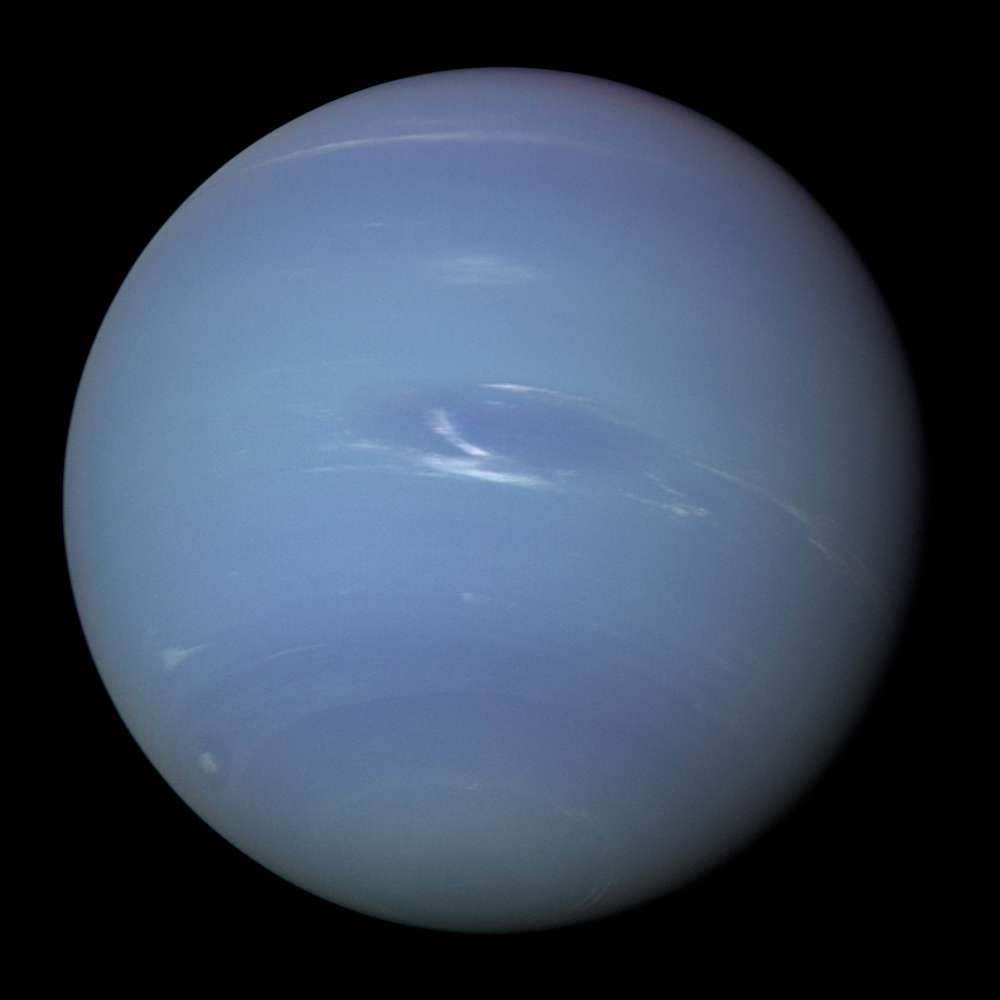 Neptune is the eighth and farthest planet from the Sun in the Solar System. It is the fourth largest planet by diameter, and the third largest by mass. Neptune is 17 times the mass of Earth and is slightly more massive than its near-twin Uranus, which is 15 Earth masses and less dense. The planet is named after the Roman god of the sea. Its astronomical symbol is Astronomical symbol for Neptune., a stylized version of the god Neptune’s trident.

Discovered on September 23, 1846, Neptune was the first planet found by mathematical prediction rather than regular observation. Unexpected changes in the orbit of Uranus led astronomers to deduce the gravitational perturbation of an unknown planet. Neptune was found within a degree of the predicted position. The moon Triton was found shortly thereafter, but none of the planet’s other 12 moons were discovered before the 20th century. Neptune has been visited by only one spacecraft, Voyager 2, which flew by the planet on August 25, 1989.

Neptune is similar in composition to Uranus, and both have different compositions from those of the larger gas giants Jupiter and Saturn. As such, astronomers sometimes place them in a separate category, the “ice giants”. Neptune’s atmosphere, while similar to Jupiter and Saturn in being composed primarily of hydrogen and helium, contains a higher proportion of “ices” such as water, ammonia and methane, along with the usual traces of hydrocarbons and possibly nitrogen. In contrast the interior of Neptune is mainly composed of ices and rocks like that of Uranus. Traces of methane in the outermost regions, in part, account for the planet’s blue appearance. 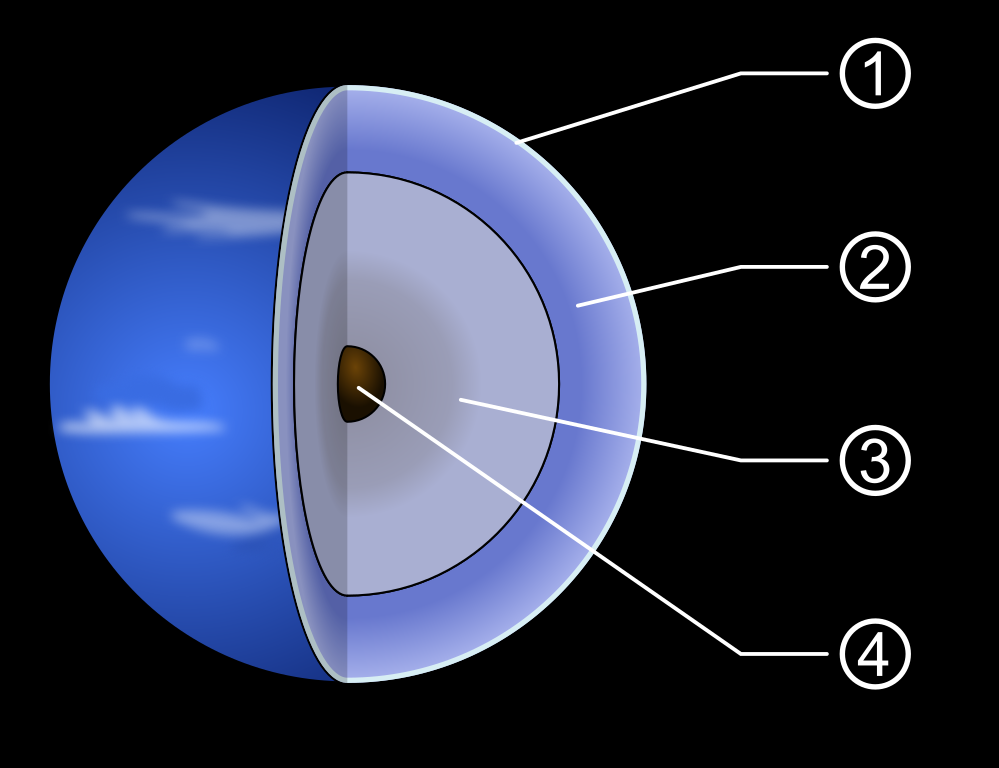 Neptune has the strongest winds of any planet in the solar system, measured as high as 2100 km/h. At the time of the 1989 Voyager 2 flyby, its southern hemisphere possessed a Great Dark Spot comparable to the Great Red Spot on Jupiter. Neptune’s temperature at its cloud tops is usually close to -218 °C (55.1 K), one of the coldest in the solar system, due to its great distance from the Sun. The temperature in Neptune’s centre is about 7,000 °C (7,270 K), which is comparable to the Sun’s surface and similar to most other known planets. Neptune has a faint and fragmented ring system, which may have been detected during the 1960s but was only indisputably confirmed by Voyager 2.

Source of the article: Neptune – Wikipedia. Published under the terms of the GNU Free Documentation License, Version 1.2