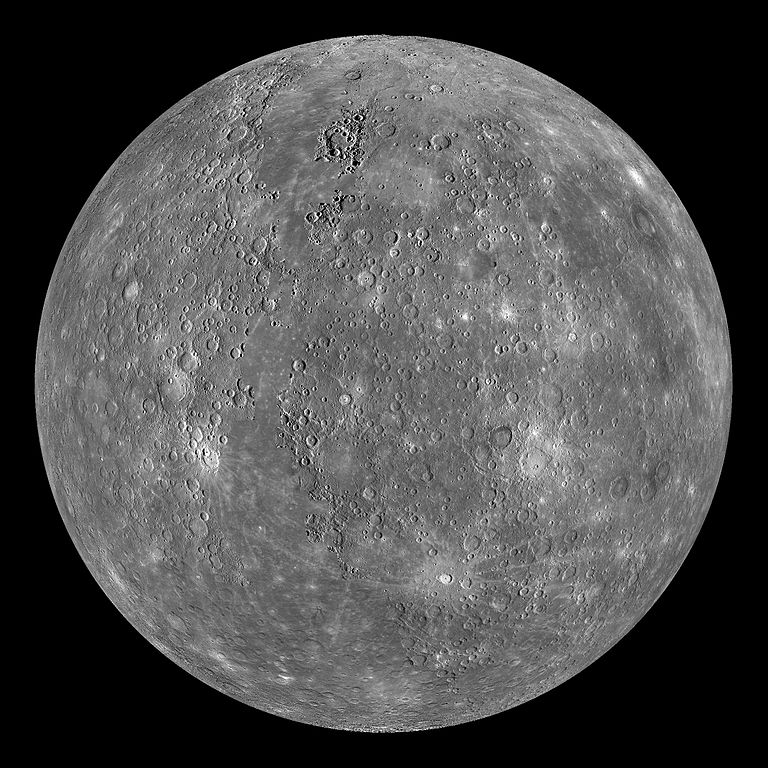 Mercury is the smallest and least massive of the eight major planets in the Solar system (Pluto is no longer considered a planet). Mercury is the second densest planet in the solar system after Earth. At a mean distance from the Sun of 57.8 million kilometres, it is also the closest. Mercury has a faint atmosphere, mainly helium, and experiences extremes of temperature ranging from over 350°C during the day to -170°C at night. The planet orbits the Sun in 88 Earth-days and rotates on its axis in a period of 58.6 days. The gravity at the surface is 37.7% of what it is on Earth. Mercury’s radius is 2439.7 kilometers at the equator, and has a mass 3.302 x 1023.

Mercury has a small magnetic field whose strength is about 1% of Earth’s. It has no known satellites.

Source: wikiversity.org. Published under the terms of the GNU Free Documentation License, Version 1.2