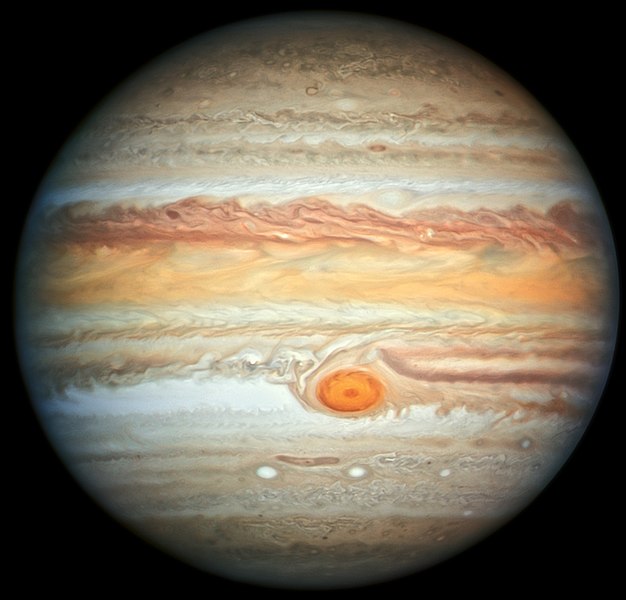 Jupiter is the fifth planet from the Sun and the largest planet within the Solar System. It is two and a half times as massive as all of the other planets in our Solar System combined. Jupiter, along with Saturn, Uranus and Neptune, is classified as a gas giant. Together, these four planets are sometimes referred to as the Jovian planets, where Jovian is the adjectival form of Jupiter.

The planet was known by astronomers of ancient times and was associated with the mythology and religious beliefs of many cultures. The Romans named the planet after the Roman god Jupiter. When viewed from Earth, Jupiter can reach an apparent magnitude of -2.8, making it the third brightest object in the night sky after the Moon and Venus. (However, at certain points in its orbit, Mars can briefly exceed Jupiter’s brightness.)

This looping animation shows the movement of Jupiter’s counter-rotating cloud bands. In this image, the planet’s exterior is mapped onto a cylindrical projection.

The planet Jupiter is primarily composed of hydrogen with a small proportion of helium; it may also have a rocky core of heavier elements under high pressure. Because of its rapid rotation, Jupiter’s shape is that of an oblate spheroid (it possesses a slight but noticeable bulge around the equator). The outer atmosphere is visibly segregated into several bands at different latitudes, resulting in turbulence and storms along their interacting boundaries. A prominent result is the Great Red Spot, a giant storm that is known to have existed since at least the 17th century. Surrounding the planet is a faint planetary ring system and a powerful magnetosphere. There are also at least 63 moons, including the four large moons called the Galilean moons that were first discovered by Galileo Galilei in 1610. Ganymede, the largest of these moons, has a diameter greater than that of the planet Mercury. 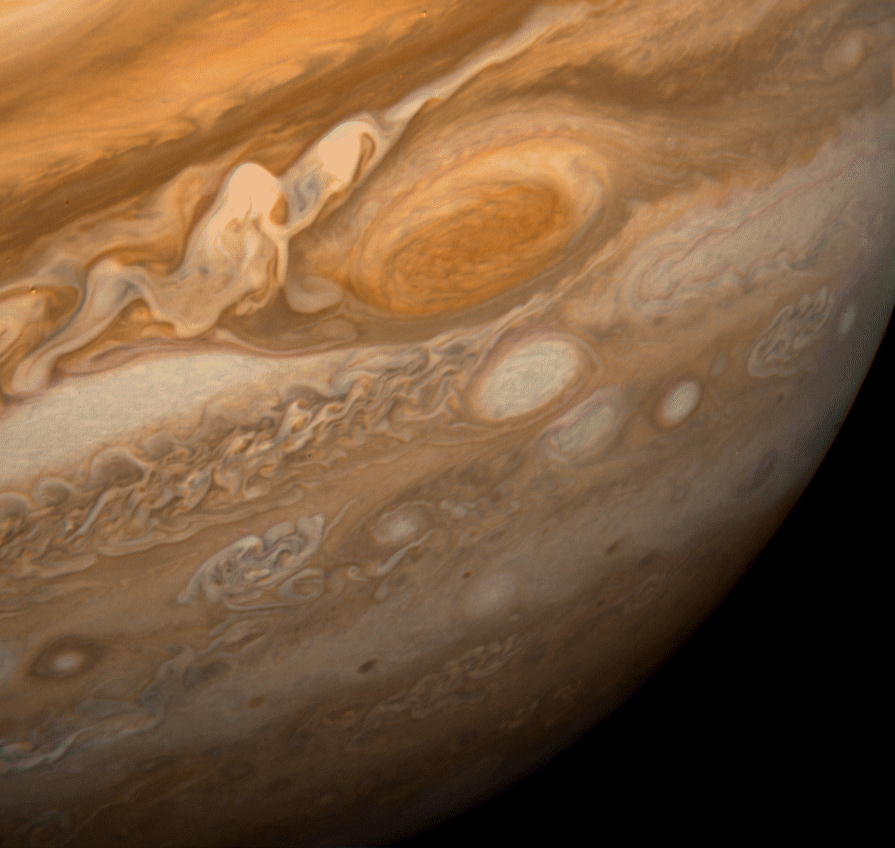 This is a picture of the Great Red Spot photographed by Voyager 1. 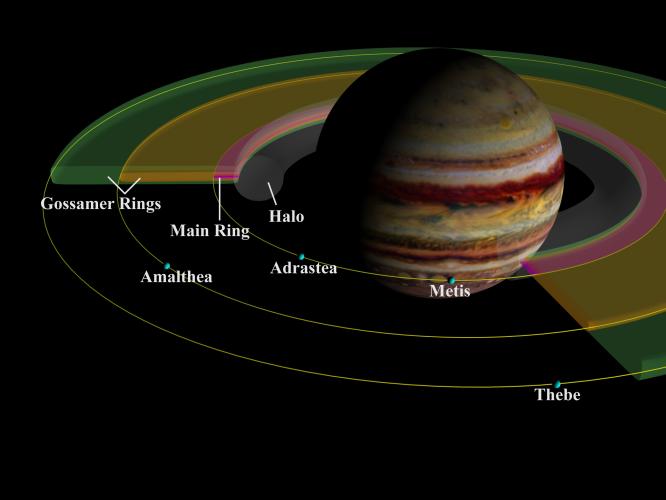 Jupiter has been explored on several occasions by robotic spacecraft, most notably during the early Pioneer and Voyager flyby missions and later by the Galileo orbiter. The latest probe to visit Jupiter was the Pluto-bound New Horizons spacecraft in late February 2007. The probe used the gravity from Jupiter to increase its speed and adjust its trajectory toward Pluto, thereby saving years of travel. Future targets for exploration include the possible ice-covered liquid ocean on the Jovian moon Europa.

Source of the article: Jupiter – Wikipedia. Published under the terms of the GNU Free Documentation License, Version 1.2.