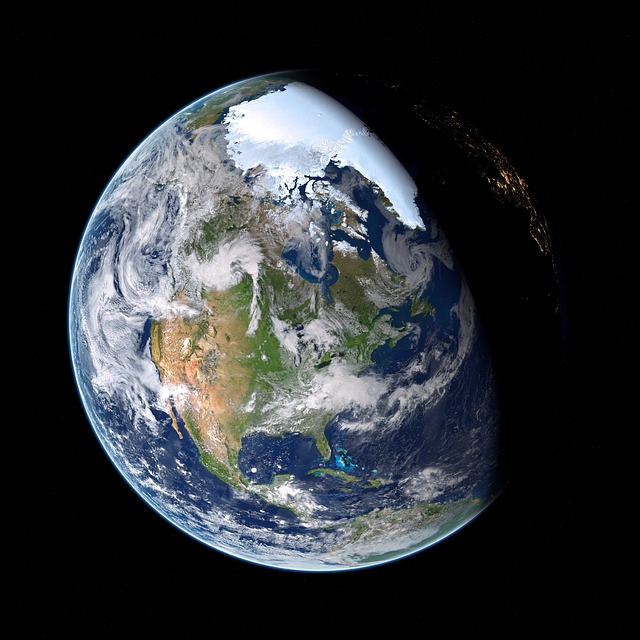 Earth is the third planet from the Sun. Earth is the largest of the terrestrial planets in the Solar System in diameter, mass and density.

Home to millions of species, including humans, Earth is the only place in the universe where life is known to exist. Scientific evidence indicates that the planet formed 4.54 billion years ago, and life appeared on its surface within a billion years. Since then, Earth’s biosphere has significantly altered the atmosphere and other abiotic conditions on the planet, enabling the proliferation of aerobic organisms as well as the formation of the ozone layer which, together with Earth’s magnetic field, blocks harmful radiation, permitting life on land.

Earth’s outer surface is divided into several rigid segments, or tectonic plates, that gradually migrate across the surface over periods of many millions of years. About 71% of the surface is covered with salt-water oceans, the remainder consisting of continents and islands; liquid water, necessary for all known life, is not known to exist on any other planet’s surface. Earth’s interior remains active, with a thick layer of relatively solid mantle, a liquid outer core that generates a magnetic field, and a solid iron inner core. 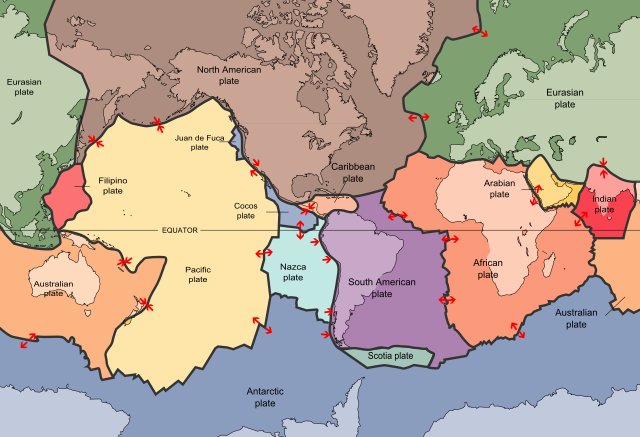 Earth interacts with other objects in outer space, including the Sun and the Moon. At present, Earth orbits the Sun once for every roughly 366.26 times it rotates about its axis. This length of time is a sidereal year, which is equal to 365.26 solar days. The Earth’s axis of rotation is tilted 23.4° away from the perpendicular to its orbital plane, producing seasonal variations on the planet’s surface with a period of one tropical year (365.24 solar days). Earth’s only known natural satellite, the Moon, which began orbiting it about 4.53 billion years ago, provides ocean tides, stabilizes the axial tilt and gradually slows the planet’s rotation. A cometary bombardment during the early history of the planet played a role in the formation of the oceans. Later, asteroid impacts caused significant changes to the surface environment.

Earth has only one natural satellite, the Moon. But thousands of small artificial satellites have also been placed in orbit around the Earth.