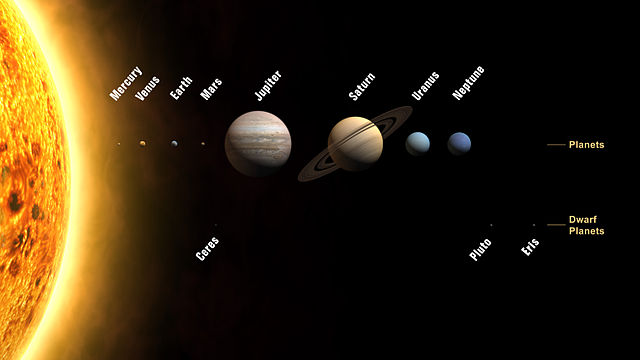 According to the International Astronomical Union, “A planet is a celestial body that is in orbit around the Sun, has sufficient mass for its self-gravity to overcome rigid body forces so that it assumes a hydrostatic equilibrium (nearly round) shape, and has cleared the neighborhood around its orbit.” With this new definition Pluto is not considered as a planet anymore. Thus, there are only eight planets: Mercury, Venus, Earth, Mars, Jupiter, Saturn, Uranus, and Neptune.

Mercury is the innermost and smallest planet, orbiting the Sun once every 88 Earth days. It is similar in appearance to the Moon and is heavily cratered.

Venus is the second closest planet to the Sun. As seen from the Earth, it is the brightest natural object in the night sky, after the Moon. It also has a thick carbon dioxide rich atmosphere.

The Earth is the third planet from the Sun as well as the largest of the terrestrial planets in both diameter and mass. It is also the only known planet bearing life.

Mars is the fourth planet from the Sun. It has a thin atmosphere and a rough surface. The highest known mountain in the Solar System, Olympus Mons, and the largest canyon, Valles Marineris, can be found there. The planet’s conditions might have been similar to those of the Earth earlier in its history.

Jupiter is the fifth planet from the Sun and the largest one within the Solar System. It is two and a half times more massive than all the other planets in our Solar System combined. It is classified as a gas giant along with Saturn, Uranus and Neptune.

Saturn is the sixth planet from the Sun and the second largest planet in the Solar System, after Jupiter. It has remarkable ring formations and a lot of satellites, including Titan which is the only one in the Solar System with a thick atmosphere.

Uranus and Neptune are the two outermost planets of the Solar System. They are very similar in appearance and in atmospheric composition. Uranus is larger but Neptune is more massive. 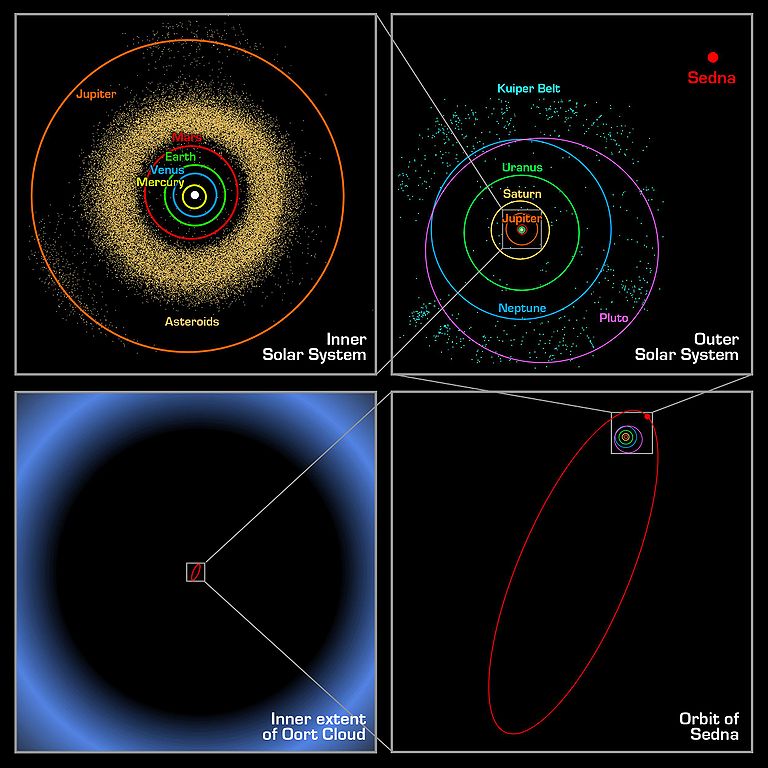